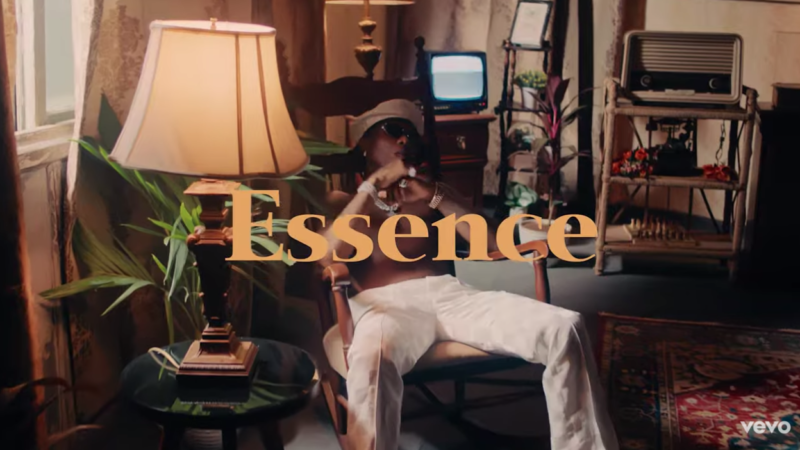 Starboy Presents a Clean Visuals for the 11th track “Essence” performed by Wizkid and Tems. The Video was Shot in Ghana by Director K (DK).

Made In Lagos is a 14 tracked album with star-studded appearance from Burna Boy, Terry, Tems, Ella Mai, H.E. R, Skepta, Damian Marley and many more artistes. The album has a down-mellow vibe that cut through all 14 songs with a mature blend of different genres, and sometimes spectacular rhymes and lyrics meshed in the vocals of either Wizkid or the guest appearances.

Earlier this 2021, Wizkid had released a music video for his hit track with Burna Boy – GINGER off the album. Ginger Music Video has garnered more than 12 million views on YouTube in the space of 3 months.

On Essence Wizkid and Tems murdered the record that preaches about love addiction and faithfulness with their magic vocals and lovely singing talents.